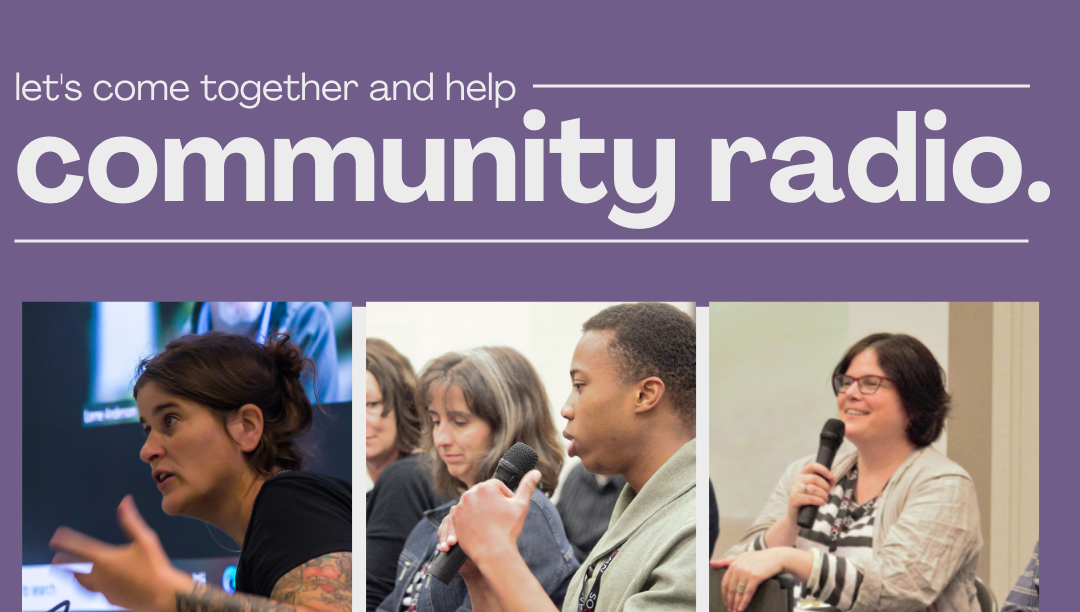 Listeners! CJSR and the National Community Radio Association need your help! We would like you to send a message to the federal government about the importance of this station and the campus/community radio sector.

The federal government is currently working on the budget for April 1, 2023, to March 30, 2024. We have put together a specific ask to send to your MP and the others listed below.  We believe that you can help us with two critical programs that will allow us to not only survive but thrive in our community.

1) The extension and expansion of the Local Journalism Initiative (There are currently 41 NCRA member stations with paid journalists on the ground), as the 5-year program is about to enter its final year without a plan after 2024 to renew the program.  We are looking for that program to expand to $20 million a year, and make it permanent. See below for more information.

2) Establish a 25 million dollar annual Community Broadcasting Fund to be distributed among all stations.  This fund would support all licensed broadcasters, with core and stable funding of around $90,000. See below for more information.

Please help us by taking the template below, adding to it and sending it to your MP.

I am an active and dedicated listener to CJSR Radio, located in your riding.  This station provides critical local news, information and entertainment to me which I cannot access through any other medium.  I am writing to ask that you support this very important station that serves this community and fights against disinformation. You can do so by

1) Increasing the Local Journalism Initiative to $20 million a year and making it permanent.

2) Establishing a 25 million dollar annual Community Broadcasting Fund to be distributed among all community radio stations, including this one.

Without access to my local community radio station, I would not be able to stay connected to the community that I live in and love.

Thank you for your help with this important campaign!

This program provides funding for journalists in parts of Canada deemed to be “news deserts” or where there is a lack of local civic journalism. It has been an unmitigated success. The NCRA, together with six other administrative organizations, represents French and English community newspapers, online publications, television, and radio. Last year alone, the collective impact was significant.

The LJI can continue to make a difference in the fight against disinformation in rural communities and we are asking you to support our request to the government for an annual commitment of $20 million to the LJI in budget 2023-24. In addition, this funding should be made a permanent program.

The future of community broadcasting will rely on stable and consistent funding which can be used to support the daily core operations. Because community radio stations are all not-for-profit entities, every dollar of this support will be reinvested in the communities they serve.

FACTOR and Musicaction collectively rely on nearly $30 million in stable funding to support Canadian artists and they all rely on community radio to break, play and feature the artists they discover. These groups also benefit from CCD funding to a much greater degree than community stations. Last year, FACTOR and Musicaction received $16.3 million from CCD while community radio stations received $2.8 million. Some level of financial support to sustain community stations is reasonable in this context.

We are asking for an annual Community Broadcast Support Fund of $24.2 million dollars which will provide critical support to all 235 community, campus, and Indigenous radio stations.

There is no operational (core) funding for these stations and this represents the single largest  barrier to continued success and growth for ALL of the stations within NCRA’s network. This Community Broadcast Support Fund would allocate an average of $90,000 per station to as many as 235 stations. This includes the 180 licensed community and campus stations and the 55 Indigenous “Type B” stations across the country.

Eligibility for this fund would dictate that stations meet targets in line with the objectives as established in the definition of community radio broadcasting as set out in CRTC Campus and Community Radio Policy 2010-499 and the Native Broadcasting Policy 1990- 89 / CRTC 2001-70. As well as the objectives as established in Bill-C-11. Under the COVID-19 distribution program, the CRFC scaled the amounts granted based on a number of factors including size and scope of operations.

This program would be similarly structured so the $90,000 represents an average number and while this would not fully fund operations for any station, it would go a very long way towards creating stability and providing meaningful support for operations. This would amount to $21,150,000 annually.

The second element would be support to replace the declining CCD funding. We are asking for a total of $1.5 million to ensure we are still able to provide project-specific annual grants for initiatives which go above and beyond daily operations. This is what our Radiometres program does currently and it has enabled the creation of 463 significant initiatives. We recommend that this allocation either replace all CCD contributions as soon as the Community Broadcast Support Fund is approved or the funding grows proportionally to supplement the forecasted decline in CCD contributions over time.

Our sector is notoriously light on quantitative data which puts all our stations at a disadvantage. Due to the prohibitive cost of audience measurement tools and a lack of a central data repository, much of what we know about the performance metrics for community stations is gathered through a limited number of stations that can afford audience measurement.

This funding would allow the CRFC to produce an annual report on the state of community broadcasting. It would provide sectoral data to interested parties such as our stations, Heritage Canada, and the CRTC. It would also help stations harmonize the data they are reporting to the CRTC so your data would be as accurate as possible.

This project would involve funding for an annual survey focusing on content, development, and diversity. It would involve the development of a database to record and track the evolution of these answers, and it would provide access to audience measurement through StatsRadio which measures digital and broadcast listeners at the same time.

We have an estimate of $525,000 dollars to provide audience measurements for all 235 stations. Including administrative and operational costs, the project would cost approximately $625,000 annually.