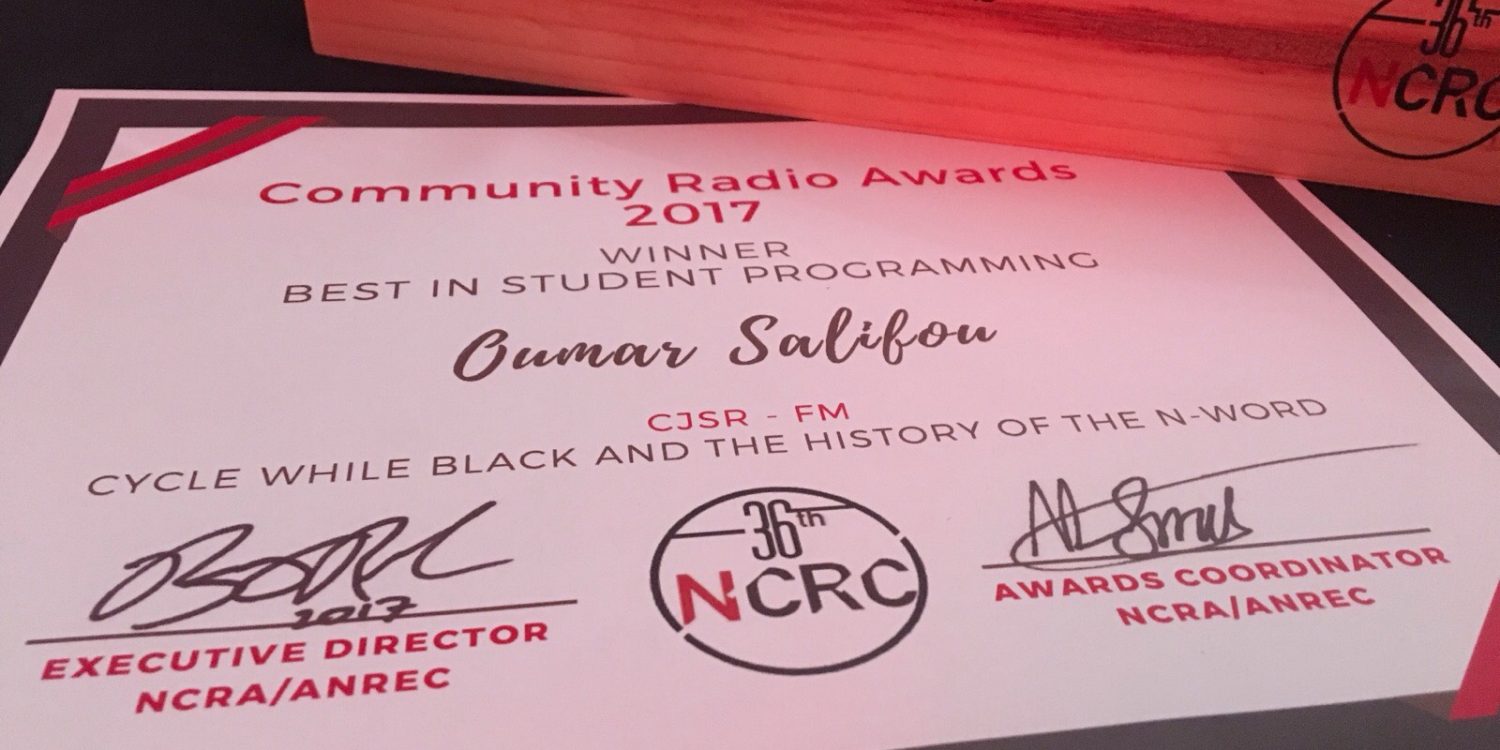 CJSR had a great week at the 36th NCRC (National Campus and Community Radio Conference), hosted by our friends at CIVL 101.7 FM in Abbotsford, BC.

We were delighted and humbled to win an award for a short radio documentary produced by CJSR’s Oumar Salifou. His piece “Cycling While Black and the History of the N-Word” won the Best in Student Programming Award and $500 prize. The story aired on The Gateway Presents…, CJSR’s co-production with The Gateway.

Thanks to the NCRA, CIVL 101.7 FM, our hard-working volunteers, and all of you at home for listening and supporting community radio.